Euphoria, and the Hyperbolic & Hit Labels

Anyone who’s read Savage Lost, or who has ever seen my record collection, knows about my fanaticism for ‘60s garage bands. I love the energy and simplicity in a lot of the songs, and prefer the primal sounds to the more sophisticated music that followed. Complex arrangements and instrumental experiments are fine, but I’d take short bursts of musical fury over solos and stretched-out arrangements every day. 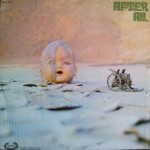 After All’s album on the Athena label

All of which is a roundabout way of saying that I didn’t really care for the album by After All at first. The guys are great musicians, and the songs are brilliantly arranged, but they veer into jazz-rock and other areas that just don’t resonate with me. I like the psychedelic touches, but on initial listening I was left cold, until one song… one AMAZING song… got into my head and refused to leave.

That song, “Blue Satin”, tells the story of a guy who went too far with a young girl. In his mind, she grew into a woman, but just in his mind. Later, he cries over what he’s done, and how he loved her in his “mean and selfish way”, but it’s too late. The only other song I can think of that can match this deep sense of sexual regret is Procol Harum’s “Conquistador”, but that song’s meaning is buried under layers of metaphors and poetic devices to the point that most people think it’s just another Keith Reid pirate song. “Blue Satin” lays it bare, and it’s gut-wrenching for all involved… until the flute solo… which is just plain silly and almost destroys the song. Almost. It’s just too good to ruin. I would have loved to have met the man who wrote those lyrics.

But wait. Those lyrics were written… by a woman! Linda Hargrove, then twenty, got together with the Tallahassee foursome and offered them several of her poems. In her way, she was like the aforementioned Keith Reid of Procol Harum – not a performing member of the band, but indispensable. That Hargrove – also from Tallahassee – could come up with words to be sung by men that cut deep into the male psyche, was a credit to the young lady’s immense talents. But Hargrove didn’t just come out of nowhere. She had been a member of a group called The Other Side, which cut a record for the Center label late in 1967 (while she was still in high school). She was making a name for herself in the Tallahassee music scene, as were Mark Ellerbee, Billy Moon, Charles Short, and Alan Gold – the guys who would enter Nashville’s Athena Recording Studios in 1969 to produce what would become After All’s first and only album. 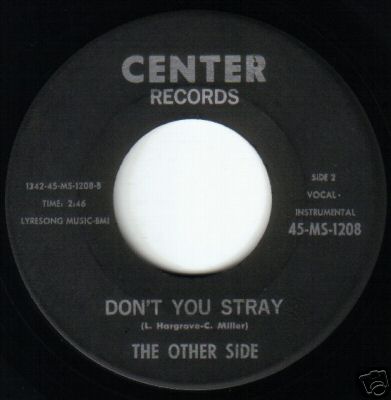 Linda Hargrove first record, with the Other Side. 1967 Florida folk-rock 45

Shortly after the album’s release, the band members went their separate ways, though they remained friends. After following the band to Nashville, and sensing that perhaps that was where she belonged, Linda Hargrove took a walk down the country-rock path. After a super-obscure, phasing-heavy 45 on the Miami-based GWS label, Hargrove was introduced to former Monkee Mike Nesmith, who signed her to his short-lived country label. Leon Russell then recorded a pair of her tunes for his Hank Wilson Is Back LP. Her songwriting career appeared to be on the upswing, when she was diagnosed with leukemia. Hargrove managed to recover enough to resume her career, but there were complications. She died in October 2010. 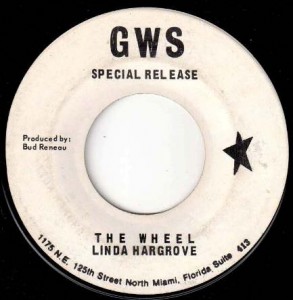 Linda Hargrove’s most obscure release, on a Miami label

The After All album, featuring Hargrove’s words, enjoyed a bit of renaissance in 2000-2001, when it was re-released on the Gear Fab label. Thanks to that reissue, you can now hear the album for yourself without shelling out $100 for an original copy. If you like progressive jazz-rock, 1969 style, you’ll probably enjoy the album. Even if you don’t, check out the cut “Blue Satin”. It’s worth it to hear Mark Ellerbee expressing the pain of a man… as articulated through the pen of a woman.

While you’re here… check out the other posts on the SAVAGE LOST BLOG.