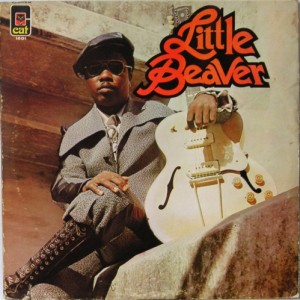 Little Beaver, around the time of “Funkadelic Sound”

We know Jaco enjoyed playing Betty Wright’s “Clean Up Woman” (which featured Little Beaver’s guitar licks) with both Tommy Strand & The Upper Hand and Wayne Cochran’s CC Riders. We also know Jaco had a chance to play on Beaver’s “I Can Dig It Baby” in 1974. But what isn’t well-known is Jaco’s first major recording session was on an earlier Little Beaver track – one recorded at Henry Stone’s famous Tone Studios in Hialeah, back in 1971.

Willie Clarke, who was Beaver’s producer (and songwriter, many times) was in the studio that day, and couldn’t believe his eyes and ears. He shared the story in a recent interview.

“One day Beaver caught me downstairs, and said ‘Willie, wherever you’re going, forget it. I want you to come upstairs and record this guy. He wants to play bass with me.’
Beaver had big grin on his face. I was like, ‘What is this? I have no time.’
I saw this hippie-looking guy with long hair and a fretless bass. I said ‘Oh my lord, he’s gonna be playing all over the place!’

I hit the button, Beaver counted, I said ‘okay, take one.’ I was, like, so surprised, I forgot to stop the tape when they finished. This guy, he was so great. I thought I’d have to tell him to tone it down, or you’re goin’ a little bit making the strings hit… NOPE! This guy was VERY good. One take. That was all.” 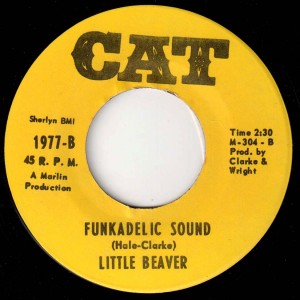 “Funkadelic Sound”, co-produced and written by Willie Clarke, who recalls a young bass player who made this super funky.

The song was “Funkadelic Sound”, issued on the B-side of Beaver’s local soul hit “Joey”. Because the song was left off of Beaver’s debut album (which listed the names of the musicians), this piece of history remained pretty much unknown until now.

Clarke was not surprised to learn of Jaco’s later fame. He knew talent when he heard it. “ I was looking to get him back in the studio, because I love a bass player to just stick it – just stay right on the head – and everybody can just keep driving and do whatever they do, and that groove remains steady. It was really tragic what happened to this guy.”

Pastorius fans should check out Bill Milkowski’s book Jaco – The Extraordinary and Tragic Life of Jaco Pastorius. And while you’re here, check out the other posts in the SAVAGE LOST blog.