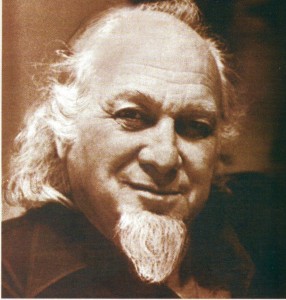 He taught us the value of perseverance… the importance of distribution… and the results that come from greasing the right palms at the right time.

In his 93 years, Henry Stone rewrote the rule book on how to get a hit record.   Sometimes he threw out the rule book entirely.   He showed the world that instead of just merely standing on the shoulders of giants, he could rise to become a giant himself in the record industry.

Every recap of Stone’s life will be filled with stories of how he launched TK Records, and made it the number one independent disco label in the world.   It was a remarkable achievement, but it came nearly thirty years into the man’s career in the biz.  It was a long way from pressing up demos that he’d distribute out of the back of a car.   It was a long way from those lean years when he would take his latest blues records around to seedy juke joints and whorehouses, anywhere so-called “race records” could be played.    I would hear stories from my father, who worked in the coin-operated machine business and would sometimes accompany Stone, filling jukeboxes with records by folks such as Little Iris Culmer  — records that are worth a fortune today.

Along the way Stone recorded tracks by Ray Charles, Wilbert Harrison, Lightning Hopkins, John Lee Hooker, and even James Brown… whose voice was removed from the 1959 jam “(Do The) Mashed Potatoes” and replaced by the vocal shouts of WMBM disc jockey Carlton “King” Coleman.    The success of “Mashed Potatoes” (with no small help from WINZ disc jockey Bob Greene, who got a cut of the publishing) helped finance more recordings, including the very first tracks recorded by future soul superstars Sam & Dave.   The list of early R&B and soul artists recorded by Stone is truly mind boggling.   With the help of his right hand man, Steve Alaimo, Stone branched out into what are now known as garage band recordings, releasing material by groups such as the Birdwatchers, the Nightcrawlers, the Senders, Proctor Amusement Company, the 31st of February, Mercy, and early studio tracks by Duane & Gregg Allman.   The records were impressive, but a lot of folks put out records.   What set Stone apart was distribution.   This is such an important point that I’ll say it again (and again and again).    Distribution was the key.    Stone was the man to see for independent labels, both large and small.  Without distribution, record stores (and in those days, drug stores and department stores) couldn’t get their hands on most of the records guys like Bob Greene and King Coleman were playing, so independent label artists — and their records — would have been doomed to failure.  With Stone’s Tone Distributors acting as a one-stop operation, small labels had an outlet to get their music into stores, and Stone himself had a way of getting his releases into the hands of those who decided which records would get played.   It was a win-win.

When a Henry Stone release would take off locally, he would make a distribution deal with a larger indie — usually Atlantic.   Atlantic would then use their powerful A&R network to secure national airplay.   Atlantic scored big profits from two major Henry Stone releases in 1971 — “Clean Up Woman” by Betty Wright and “Funky Nassau” by the Beginning of the End — but soon entered into a deal to join forces with Warner Brothers and Elektra Records.  With Atlantic falling from the ranks of indie labels, the whole dynamic had changed.  By the following year, Stone had enough of sharing the profits.   After picking up Timmy Thomas’ “Why Can’t We Live Together” from the tiny Konduko label, and transferring it to his own Glades imprint, Stone decided to handle national distribution himself.   It worked.   The record was a smash, without the help of Atlantic.   Stone learned he could do it himself.  That was Stone’s genius — distribution.   It was also the birth of TK Productions, an independent company that could distribute dozens upon dozens of small labels.   Soon labels such as Malaco, which had been cranking out unsuccessful records for a decade, would score huge with Dorothy Moore;   ditto Juana Records with Anita Ward’s “Ring My Bell”.   Sure, TK was (mainly) about disco, but here’s the real truth:   TK was about distribution!   It was about cutting the right record for the right moment, and then getting it in the hands of the right people.   It was that simple!

In recent years, Stone admitted to handing out payola — lots of it.   That’s how the record industry worked.   It still does — only today it’s more likely to be gifts masquerading as advertising revenue, or Christmas gifts to the wife.   Stone’s candor in how he manipulated Billboard Magazine into keeping KC & The Sunshine Band’s #1 song streak alive is refreshing.   Moralize or judge all you want — the music industry is a game, and the guys who know how to play it come out ahead, and Stone knew the game inside and out.    (He would have been the first one to tell you that a bad record was not going to sell, no matter how much money you throw at it.)   The real key to his longevity was not the gifts and money he gave out, but the talent of his artists and staff.   The songs that Clarence Reid and Willie Clarke cranked out for Stone’s labels such as Dade, Alston, Cat, and Blue Candle are true soul classics, appreciated today more than ever among record collectors.   The combination of great writers and producers with “hit” material, great knowledge of distribution, and a little something extra on top, made Henry Stone a legend in the music business. 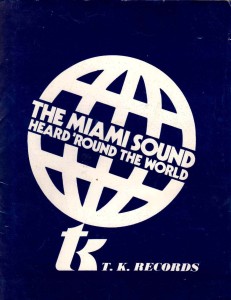 TK’s bread and butter was disco, and when that genre started to fade, it was slow to keep up with the changes that were happening on the airwaves.  After the label crashed and burned in 1981, Henry Stone moved on to other ventures, embracing hip hop, Miami bass, freestyle, and other forms of dance music.   In recent years he’s been reissuing many of his classic recordings, and I’ve had a chance to work with him on some of those.  Even as his eyesight failed and his 93-year-old body betrayed him, his mind remained sharp.   He shared many interesting stores at a panel discussion in 2012 at the Miami Art Museum.    He’s shared even more through his writings, and for an upcoming documentary about his life and career.    That life may have ended, but his legacy lives on as we spin his records.  Here are just a few that we will continue to appreciate:

DOO WOP:  “Dry Your Eyes” by the Delmiras, “”Tears In My Eyes” by the Tru-Tones, “Nitey Nite” by the Majestics
ROCKABILLY:  “Kitten” by Jimmy Voytek, “Only One” by Don “Red” Roberts
NORTHERN SOUL:  “I Can’t Speak” by Jimmy Bo Horne;  “I Can’t See Him Again” by the Twans;  “Stop Hurting Me Baby” by Purple Mundi
FUNK:  “Save Me” by James Knight & the Butlers;  “It Takes Two” by Lynn Williams”, “Across The Track” by the Believers
GARAGE BANDS:  “Girl I Got News For You” by the Birdwatchers;  “The Little Black Egg” LP by the Nightcrawlers;  “What’s Your Sister’s Name” by the Senders
THE SOUL HITS:   “Girls Can’t Do What The Guys Do” & “Clean Up Woman” by Betty Wright;  “Nobody But You Babe” by Clarence Reid
DISCO:  “Rock Your Baby” by George McCrae, “Rockin’ Chair” by Gwen McCrae, “Do You Wanna Get Funky With Me” by Peter Brown, many by KC & The Sunshine Band

Those are just a few of the literally thousands of recordings that received the Henry Stone seal of approval.   Stone was part of a bygone era of record guys that lived and breathed the business, but also had golden ears.   It wasn’t about focus groups or glitzy videos or social media mobilization or search engine optimization.    It was about both style and substance.   For that, we celebrate Henry Stone, and we will continue to do so.   They truly don’t make ’em like him anymore. 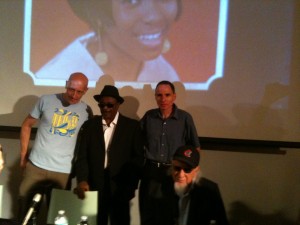